A nap after work is a short-timed sleep which is important and rests your mind after working all day. For anyone who works in an office or any other kind of work and repeatedly gets home very tired, the only thing that feels best to do is sleeping for a few hours. Moreover, a nap improves the mental and physical functioning of the body after daily hard chores.

Taking a nap is always the first solution that we always think of after tiring from daily work. Sleeping for about 30 to 60 minutes on a sofa or a recliner chair can help the person feel revived. The article below shows whether it is good to take a nap after work and the best time to do it.

Should you nap after work? Sleep science answers 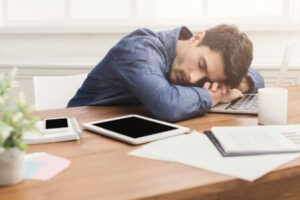 A nap is always best when timed in, if you feel tired and there is something else you wanted to do when refreshed, then the best time to take a nap is after that work. According to science, a nap is supposed to be taken after six hours of being awake. Take a nap after 6 hours of opening your eyes to get rid of the exhaustion experienced when waking up.

The scientists have proved this by recording the little sleep when the memory switches off and does not respond. Assuming that little sleep represents the tiredness of the person’s brain, then the exhaustion increases rapidly and gets worse the more when waking up. Therefore, it is advisable to take a nap depending on your ability and avoid taking a nap for long hours.

Taking a nap earlier is better since it aids in reversing the sleep dispossession even though it is slightest. Taking a nap later is also important but, it might not speed up the bigger increase rate since there is too much exhaustion. Pilots and drivers are advised to take earlier naps when traveling to avoid accidents.

The best way to take a nap 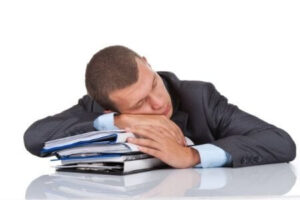 The simple tips below will help you get a good nap without any distractions or factors that can lead to deep sleep.

Setting an alarm using a clock or smartphone aids in preventing too much sleep during the day. For you to achieve the best nap, ensure you time yourself for approximately 20 to 30 minutes. Setting the alarm will notify you of the waking time, and it helps you not to oversleep.

A nap is best taken after six hours of being awake because the more you are awake, the more tired you get. Taking a nap late during the day can interfere with your normal sleeping schedule.

This environment is determined by where you are. At work, it isn’t easy to have a comfortable place to nap. A friendly environment includes; a quiet room, comfortable recliner chair and moderately dark room to help you avoid oversleeping.

Before napping, it is important to identify the reason for napping. Also, identify the task that you want to perform after the nap. The reflection will help you manage your nap wisely.

If you want to get a good nap, ensure that you keep away your stress or depression that hinders you from getting an adequate nap.

Benefits of taking a nap 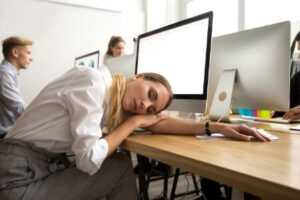 Napping is good and of great importance when taken rightly and at the right time. According to research, it is said that napping can make you physically and mentally boosted. The information below gives details on the importance of taking a nap.

Retaining everything learned is easy, especially after taking a nap. Thus, a nap improves the consolidation of the memory. According to research, many people can differentiate between different stimuli after a nap and recall specific events.

Deprivation of sleep increases the pro-inflammatory release, which causes immunodeficiency. Napping for several days during the day improves immunity and also cellular functioning.

Taking a nap will leave a person refreshed and more alert than before. Also, z nap improves the brain’s functioning, especially when performing tasks that require greater thinking. Therefore, it is advisable to take a nap before beginning such kinds of tasks. The science behind this is that there will be a reduction of adenosine in the brain after a nap, improving cognition.

Whenever you get too emotional, it is advisable to take a short sleep that will distract you from everything.

Drivers are advised to have enough sleep seven to eight hours before a long drive to avoid road accidents. If the driver starts to feel sleepy while driving, they are advised to take a short nap and coffee, which increases the alertness after parking their vehicle for some time. Failure of the driver can cause accidents.

Despite taking a nap being advantageous, it can also pose great danger to some people, especially patients suffering from sleeping disorders. Hence, not everyone is advised to take a nap during the daytime due to some impacts. The following are the drawbacks of taking a nap.

To some people, taking a nap during the day may interfere with their daily sleeping schedule. Some individuals lack sleep after taking a nap which makes them sleep later than normal after struggling to get the sleep. Late sleeping poses dangers such as waking up late in the morning, mood swings, tiredness, etc.

In other circumstances, some people will face sleepiness immediately after taking a nap. If you have this kind of disorientation, it is advisable not to nap if you need to get back to work.

Napping time will depend on how long you want to sleep and the main reason for taking a nap. A short nap should take at most 20 to 30 minutes. It should be a quick nap that will leave you free from fatigue and give you a refreshed mind.

A full rest nap should take at most 90 minutes, equivalent to one sleep cycle for a normal human being. Anything more that can lead to a total deep sleep and therefore fail to achieve your nap expectations.

Taking a nap can be very important and compensates for sleep loss because of work. Again, it can help refresh our minds if we need to do some other tasks that need fresh minds during the day or evenings. The nap will keep you doing your best. If you are not tired, it is not advisable to take a daytime nap.

It is advised that we should not let napping interfere with our normal sleeping patterns. The reason behind this is that sleep is best when taken at night. Finally, consider napping for approximately 20 to 30 minutes to avoid interfering with your sleeping schedule.

To know more about Nap, you should watch this video below:

As an Amazon Associate we earn from qualifying purchases.

Sleep Sound, While You are Alive!

Sleeping Fellow is a participant in the Amazon Services LLC Associates Program, an affiliate advertising fees by advertising and linking to Amazon.com. Additionally, Sleeping Fellow participates in various other affiliate programs, and we sometimes get a commission through purchases made through our links.